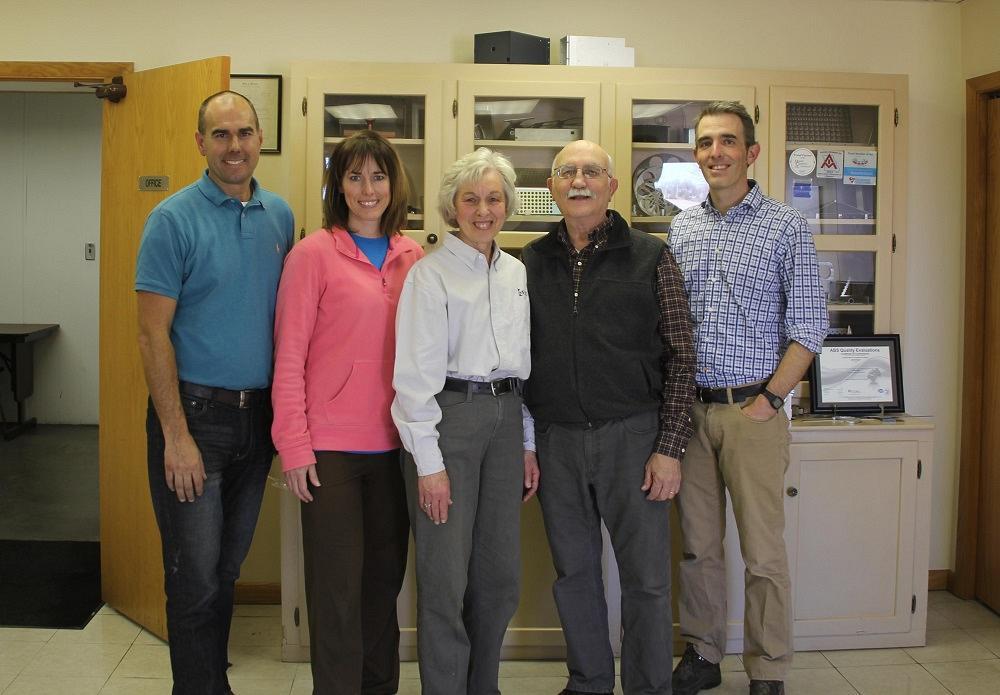 Strong families make strong businesses. Industrial Machine and Engineering Co. is one such company. Dan Conner founded the metal fabrication business in 1982 in Monett, Mo. Today, the business has grown to include (left to right) his son-in-law Eric Merriman, daughter Rebecca Merriman, wife Charlotte Conner, Dan and his son Mark Conner. All are involved in the family business. Image provided by IMEC

Speaking to Don Gahagan, president of McDougall Processing, Nashville, Tennessee, about the transition his company has made from focusing heavily on industrial and architectural work to more precise sheet metal work, he mentioned how this new path was important for the family business. business. He referenced how the new business direction would give the third generation of the McDougall family “a fighting chance for the future”.

There is a strong belief in the metal fabrication industry that a select few family businesses make it into the third generation of business owners.

What if I told you that is not necessarily the case?

In the story “Do Most Family Businesses Really Fail in the Third Generation?” » in July 2021 harvard business review, authors Josh Baron and Rob Lachenauer, business consultants with expertise in family businesses, have taken a hard look at the belief that family businesses are locked out of the possibility of long-term success. In particular, they questioned the 1980s study of Illinois manufacturing firms that likely originated this idea.

This study aimed to determine the lifespan of family businesses. To establish a framework for the study, the researchers took their target group of companies and placed them into respective generational blocks (each block representing 30 years or approximately one generation). In doing so, only 30% of companies managed to pass the second generation of owners. (The wording of that last sentence is critical. Those 30% represented businesses that had been around for 60 years!) Only 13% reached that third generation of owners.

The authors of the article also noted that the Illinois business study did not offer other types of businesses as a benchmark. Baron and Lachenauer pointed out that public companies are often short-lived; a study of 25,000 publicly traded companies from 1950 to 2009 showed an average lifespan of 15 years, and Boston Consulting Group research for 2015 suggested that almost a third of public companies would falter in the next five coming years. Whether family owned or not, running a business is hard work.

The duo argued that family businesses might actually have advantages over other types of businesses:

So the next time you hear about a family-owned metal fabrication company celebrating a milestone anniversary, remember it’s probably because of family ties, not in spite of them.