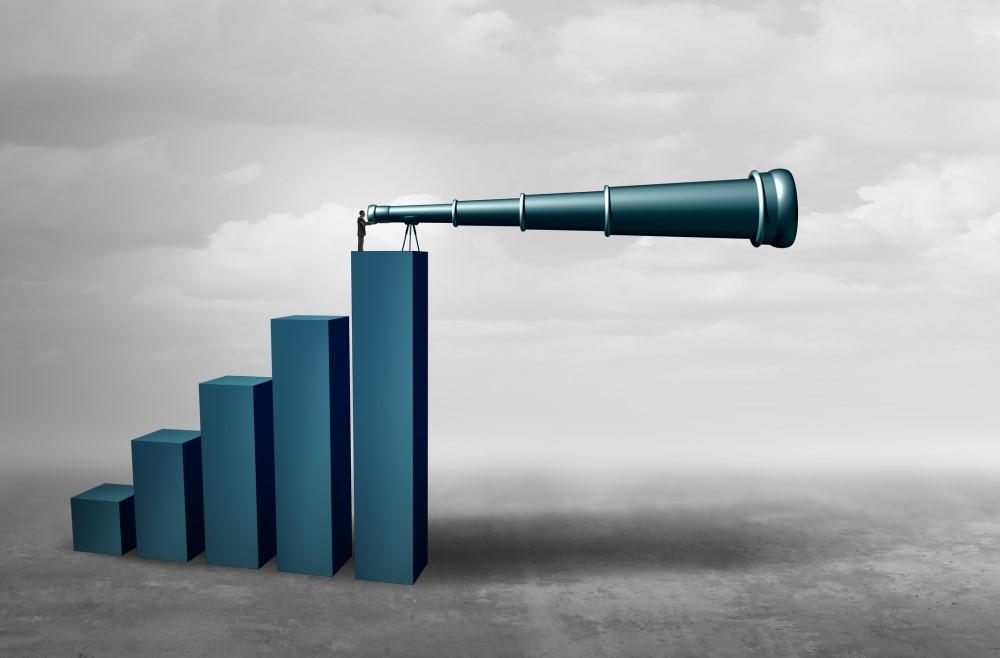 Positive signs ahead for the metal fabrication industry

Editor’s note: This is the second part of our blog series on the FMA Annual Meeting. Discover part 1, part 3, part 4, part 5 and part 6.

As Chris Kuehl, Managing Director of Armada Corporate Intelligence, showed during his “Economic Outlook” presentation at the FMA’s virtual 2021 annual meeting, every manufacturing sector tracked in this report has a positive outlook for 2021. The fabricated metal alone is expected to be up 9.7% by the end of the year. “The fact that every sector ended the year in positive territory is very good news.”

Kuehl hasn’t glossed over the challenges, including concerns about inflation thanks in large part to dramatic increases in the money supply over the past year. “The idea now is to inject money into the economy,” Kuehl said, “but the fear is that it may be too late… The economy is already recovering. So, if you throw a lot of money into the economy now, consumers [who really don’t need it] can indeed spend it and the economy will overheat. When the economy overheats, you get inflation.

A related concern is growing US debt, but Kuehl put that debt into perspective. “If the [early 2021] stimulus package is coming, then the total amount of money the government has pumped into the economy since the start of the pandemic will be around $6 trillion. Well, China contributed nearly four times that amount. We are obsessed with our debt to GDP ratio. It’s 110%, and ideally it shouldn’t be more than 60%. That of China represents 280% of GDP. They are spending money as aggressively as possible to get the economy back on its feet. China can support this spending if a lot of investment continues to flow into China. But if that investment were interrupted, China would immediately be in trouble. Their debt is much more fragile than ours, because it is so dependent on international investment.

Other concerns relate to the supply chain and inventory. “Supply chain issues are one of the huge inhibitions that are out there,” Kuehl said. “And we have ridiculous behaviors because there was such a supply chain disruption last year. Between 10% and 15% of containers coming into ports were supposed to arrive in ports last November. »

Of course, the recent shortages come after a year in which, thanks to all the pandemic-induced disruptions, stocks have largely lagged sales. “Measures related to inventory-to-sales ratios are finally calming down,” Kuehl explained. “Last year, people were caught off guard. Everyone had way more inventory than they knew what to do with because demand just vanished. But demand has slowly returned, those stocks are slowly dwindling and we’re starting to get back to a normal pattern. »

Capital expenditures are also on the rise, especially in the small business area, where most metal fabrication in the country takes place. According to the most recent “Forming & Fabricating Job Shop Consumption Report” published by FMA, small manufacturers in particular have changed their strategy. “Small companies weren’t making capex last year,” Kuehl said. “Almost all the data we looked at showed lags in capital spending. But at the start of the year, the data showed almost everyone improving their investment forecasts. They’re all looking to buy more machines, hire more people and expand their capabilities in pursuit of more market share.”

Kuehl continued with more positive measures from transportation, with positive index readings in rail, trucking and even air freight. “Air freight was really down for a long time now. But now it’s on the rise, and there’s a reason for that. The medical sector is in a hurry. Everything that’s shipped around the pandemic, whether it’s protective gear, flasks, or anything else, is done by air. »

He added that the economic forecasts from major banks and think tanks are extremely robust. “The big banks are confident. They all think we’re gonna see [2021 GDP] growth rates of around 6.4%. Some think tanks are a little less enthusiastic and predict between 4.5% and 5% growth rate. Given that the traditional rate is 2.5%, the expected growth is at least double, which is normal since we are coming out of extreme lows. »

However, this does not mean dramatic improvements in all areas. Due to the unique nature of the pandemic recession, the recovery may come in spurts for some segments of the industry, creating a sort of “jagged V” recovery for some.

Kuehl echoed many positive comments from fellow member Phil Bell, President of the Steel Manufacturers Association (SMA), Washington, DC “At the macro level, we expect the economy to improve in 2021. In fact , there’s a good chance we’ll get closer to pre-pandemic levels,” Bell said during the annual meeting’s “Steel Market Update” presentation.

Many sectors of the metal manufacturing economy have shown resilience, but weak spots remain, particularly in energy markets. “When we look at the energy market, oil country tubular products continue to have a tough road ahead,” Bell said. “There are already enough stocks here in the United States. Much of it has been imported and is in yards and docks across the country…. Most experts believe that we still have 5-10 years to go before we have a healthy OCTG market.

Bell also pointed to weak spending in non-residential construction, a sector which until recently was quite healthy as contracts launched in 2020 continued to advance, taking advantage of the low interest rate environment. of 2020. Spending in 2021 remains weak due to a variety of factors, Bell said, “one of them being the absence of a long-term, well-funded and comprehensive infrastructure investment program.” He added that, to spur the recovery, there could be a bipartisan agreement on infrastructure spending in the near future.

Unsurprisingly, the outlook for carbon steel remains strong. According to Bell, SMA expects demand to grow by 8.1% in 2021. It also expects plant capacity utilization to average in the low 70% range for the year. .

Bell also described the steel industry’s aggressive investment in technology, which is likely to change the competitive landscape between steel mills for decades. “Over the next three years, there will be more than $13 billion in investment… [This includes] phenomenal growth and investment in electric arc furnace (EAF) steelmaking. Most of these projects, even by traditionally integrated steel producers like ArcelorMittal and US Steel, are EAF investments. Bell added that after a decade of robust growth, EAF accounts for nearly 70% of all steel production in the United States.

With all this capacity brought online, why are steel prices so high? As Bell explained, “A lot of people now thought steel prices would fall. Anyone watching the current indices knows that’s not even close to being true.

In truth, Bell said, the situation is a bit more complicated. First, modernizing plants may displace less efficient plants, which in turn takes away some capacity from the market. Displaced imports, through Section 232 tariffs and other facets of trade policy, also reduce capacity. Finally, some capacity “goes out” of the market, a general term used by Bell to describe producers switching gears to produce different products. “An integrated producer might decide that instead of making flat-rolled steel, it might be the company’s responsibility to make pig iron for the domestic market or to make slabs for slab processors and rerollers. “

Responding to the Changing Workforce in Metal Fabrication