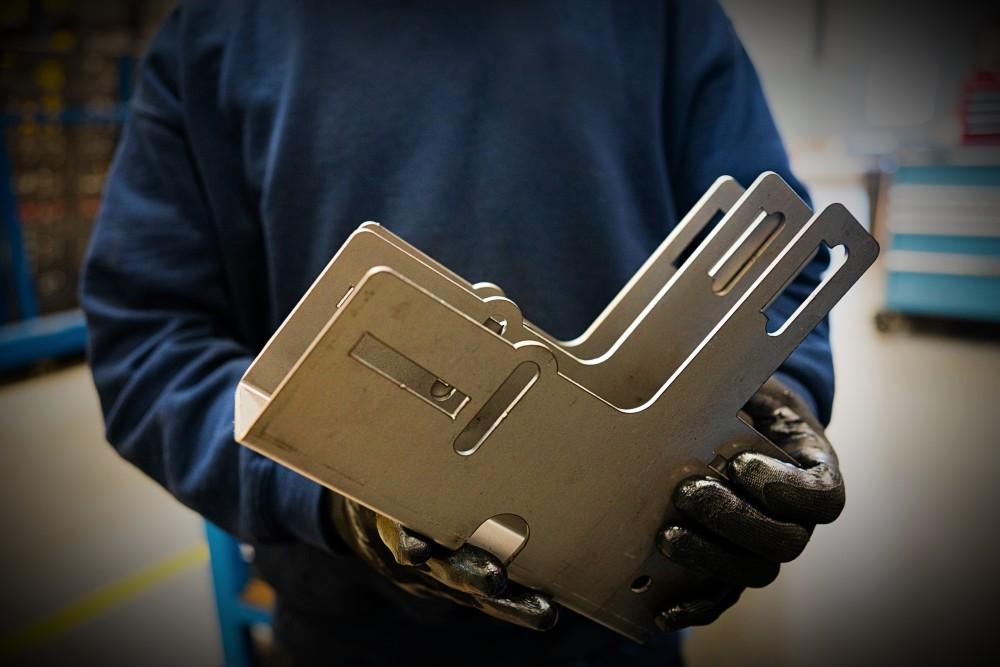 In the making of metal, the truth remains

When it comes to tangible products that you can cut, bend, and weld, the truth is harder to hide. This is what makes metal fabrication so great. Getty Images

When I heard from Eric Fankhauser, vice president of Toledo Metal Spinning (TMS), telling the story of how his father acquired the business in 1964, I smiled and nodded. After hearing it I kept thinking, No wonder some people catch the virus from metal fabrication.

Eric’s father, Ken, started his career not as an entrepreneur in a job store or as a handyman in a garage, but as an accountant. As an entrepreneur for the accounting firm Ernst and Ernst in the 1960s, Ken audited TMS and did such a good job that the company’s president and founder, Rudolph Bruehner, sent him a check for $ 100.

â€œIt put my dad in a dilemma,â€ Eric said. “It would have been a conflict of interest if he had cashed that check.”

He spoke to his contacts at Ernst & Ernst, who told him to approve the check to the company’s partners. â€œRudy got really pissed off,â€ Eric said. â€œHe called my dad into his office and told him he was upset he didn’t keep the money. My father explained to him that it was a conflict of interest.

â€œRudy thought about it, then finally said, ‘You’re the kind of guy I would like to have run this business. “Would you be interested in buying it?” Ken, along with his brother Bill, an aeronautical engineer, finally did just that.

A German immigrant, Bruehner started TMS in 1929, one hell of a year to start a business. But the workshop has survived, relying on an old-fashioned sheet metal craft foundation. Even to this day, many metal spinning operations cannot be fully automated, due to the variation in material properties and all the subtle interactions that can occur between the roll and a spinning disc or preform on it. a lap.

Old MAKER Longtime industry columnist and consultant Dick Kallage used to say, â€œTruth happens in the workshop. He wasn’t the first to say it and he probably won’t be the last. Much of modern business relies on the intangible. The entire financial services industry is based on intangible human inventions. And when business is built on the intangible, it becomes easier to hide the truth.

Accountants can certainly hide the truth, as can managers who are evaluated and rewarded not on the quality of the parts’ manufacture or the reliability of their delivery, but on the quality of the numbers. Several years ago I spoke with Drew Locher from Change Management Associates. He described a phenomenon common in many manufacturing plants called the “hockey stick scenario”, with the stick end (revenues) up towards the end of the financial reporting period – a strange coincidence, given that sales did not win new orders. or recorded more sales from the existing business. Instead, managers perform a bit of accounting magic. They ask production managers to ship a large, profitable order due much later (after the financial reporting period).

Walk to the workshop and the myth of the hockey stick disappears. Operators and supervisors know they are told to put pending orders on hold, even late ones. They shake their heads in resignation and focus on the process, the tool cutting and shaping the metal. In this arena of tangible actions and physics, the truth cannot be hidden for long, especially if those who seek it know the process inside and out.

Of course, ignoring the process can keep the truth hidden. In a laser cutting service, for example, someone may complain that the material they are cutting is inferior in quality and has poor cut edges as evidence. Thus, the supervisor and the main operator observe the laser in action. Even long, thin pieces don’t seem to grow back terribly after cutting, so residual stress doesn’t seem to be an issue, at least for this quality and thickness of material. Observers ask when was the last change of the cutting head protection glass. It turns out the operator simply replaced it a few days ago and reset the cutting parameters, which had been changed slightly as the cover glass aged.

A successful metal fabrication shop needs knowledgeable people who seek the truth. The closer these people are to where the tool (or laser beam) comes in contact with the metal, the better.

Bruehner saw this appreciation for truth in Ken and Bill Fankhauser in the 1960s. No doubt, he would not be surprised if the store is still flourishing nearly a century after its founding. At TMS, and in the thousands of successful metal fabrication shops across the country, the best people share this appreciation for unfiltered truth. To riffle The Grand Lebowski, in metal fabrication, the truth remains.