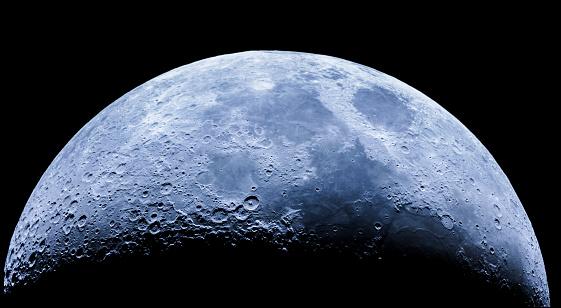 On February 18, the Perseverance rover touched down on the surface of Mars in Jezero Crater after traveling 293 million kilometers in just over 203 days. It was an incredible achievement for the NASA engineers, scientists and technicians who worked together to design and execute the mission. Surviving the “seven minutes of terror” – the time in the mission when entry, descent and landing occur at a much faster rate than radio signals providing updates can reach Earth from Mars – has must have been stressful for everyone involved, but the end result had to be worth the nerves in the short term.

Perseverance is now the fifth rover to successfully land on Mars, joining Sojourner, Opportunity, Spirit and Curiosity. Perseverance is the perfect name for this rover. Not only does it capture all the hard work and long hours it takes to complete such a mission, but the name also aptly sums up what we’ve all been through over the past 12 months. Perseverance has been necessary as leaders and professionals in the metal fabrication industry have had to deal with changing work dynamics brought on by the pandemic, state-mandated shutdowns and political discourse that tested the patience and perseverance of most people.

COVID-19 continues to occupy the consciousness of our nation, and I wonder if I should ask 25 people to name the Mars rover, could they tell me? As a nation, have we become too distracted by the likes of Prince Harry and Meghan Markle to appreciate this incredible scientific achievement? The NASA website describes the Perseverance mission as follows: “The Mars 2020 Perseverance Rover will search for signs of ancient microbial life, which will advance NASA’s quest to explore Mars’ past habitability. The rover has a drill to collect cores of Martian rock and soil, then store them in sealed tubes to be retrieved by a future mission that would bring them back to Earth for detailed analysis. Perseverance will also test technologies to help pave the way for future human exploration of Mars. »

The last sentence of the mission description is incredibly bold and exciting. It’s hard for me to imagine humans ever landing on Mars because I don’t think such an event will happen in my lifetime. Yet, as sure as I’m sitting here in my living room writing this, I believe they will.

Given this idea, I’m taken back to September 12, 1962, when President John F. Kennedy delivered his famous moon speech, much of it written by his aide Ted Sorensen. That day, Kennedy presented a bold vision for space exploration to his audience at Rice Stadium in Houston, declaring that by the end of the decade the United States would send a manned spacecraft to the moon.

Kennedy continued, “It is therefore not surprising that some make us stay where we are a little longer to rest, to wait. But this city of Houston, this state of Texas, this country of the United States was not built by those who waited and rested and wanted to look back. This country was conquered by those who advanced, and space too. But why, some say, the moon? Why choose this as a goal? And they might well wonder why climb the highest mountain? Why, 35 years ago, fly over the Atlantic? Why is Rice playing in Texas? We choose to go to the moon. We choose to go to the moon in this decade and do the other things, not because they’re easy, but because they’re hard, because that goal will serve to organize and measure the best of our energies and our skills, because this challenge is one that we are ready to accept, one that we do not want to postpone, and one that we intend to win, and the others too.

On July 20, 1969, just under seven years from the day Kennedy unveiled this daring pursuit to the world, Apollo 11 came to rest on the surface of the moon after traveling 240,000 miles through space. I was 6 when it happened, and I will never forget being in our family room in Watervliet, Michigan, gathered around the Zenith black-and-white television console with my parents, my grandchildren. parents, my sister, my aunt and my uncle, watching Neil Armstrong walk on the surface of the moon. The brilliance of President Kennedy’s challenge is that it was an endeavor that united our entire nation in a common goal and purpose. As a nation, it would seem that now is as good a time as any for our president to do something similar.

So, I ask you, owners, managers and professionals in the metal fabrication industry, what is your business crush? What is the goal that will serve to best organize and measure its energies and skills? Are you going to stay a little longer there to rest, to wait? Or are you ready to move on? What challenge are you willing to accept, unwilling to postpone, and intend to win?

Morrison Industries expands its manufacturing solutions with the launch of SteelStack