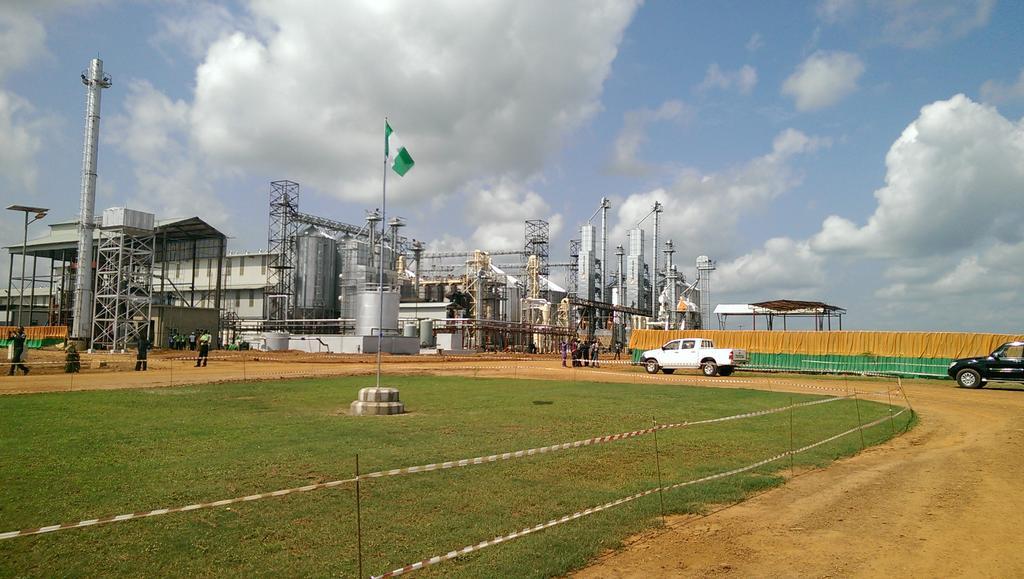 Assessing the Manufacturing Sector as a Stimulator for Nigeria’s Industrialization

From the downturn in the Nigerian economy in the late 1980s, when the Nigerian government passed the infamous Structural Adjustment Program (SAP) in the era of privatization and commercialization to the current waiver, the economy is still not out of the woods.

Although the various administrations, past and present, have demonstrated their commitment to revamping the economy, the huge infrastructure deficit and the declining fortunes of the manufacturing sector have led experts to call for a self-centered approach to deal with economic vagaries. . There is a growing call for more investment in the manufacturing sub-sector of the economy to boost the industrialization of the country.

Members of this school of thought have argued that any investment in local tool manufacturing creates jobs, generates income, preserves foreign exchange, and reduces the importation of locally made machinery and equipment.

Nigeria and other African countries have also been challenged by economic and industrial experts to use the challenges posed by the war between Russia and Ukraine, to embark on strategic industrialization to become major players in the world economy.

The outgoing president of Nigerians in Diaspora Organization Americas, Ms. Patience Key, believes that the Russian-Ukrainian war would affect Nigeria, being an oil-producing country.

She recently told reporters in New York that the crisis would affect Africa’s economy and also threaten the global economy.

According to her, Russia’s invasion of Ukraine led to a sharp rise in world oil prices to nearly $100 a barrel.

But when speaking to reporters in Warri, Delta State recently, Dr Dott Giuseppe Paone, a former senior lecturer at the University of Milan (Italy) and regional manager, business development, supply, management Project Manager, Europe and Africa of Lee Engineering Group, highlighted the opportunities that the Russian-Ukrainian war has presented to Nigeria and other African countries if the right things are done.

Paone, an Italian, linked the current situation to the industrial development experience of his home country (Italy), as he said: “At the beginning of the 1960s, Italy (after the Second World War) was destroyed.

“I read in the books and my grandfather also told me that Italy had become like the Ukraine of today – destroyed. The United States came with funds and we started to rebuild. The development is rapid in the 60s. We started industrialization from carbon steel, stainless steel and petrochemicals. Today, what I see now in Nigeria is the same. You live the Italian 60s. So you are growing so much because since 2011 you are Africa’s leading economy.

“Nigeria is the world’s fifth largest exporter of crude oil. It is Africa’s largest economy. The first country in Africa in terms of development is Ghana, but the country is small. Nigeria is much bigger. So you’re progressing so much, with a lot of middle-class citizens here. When I came here, I noticed a lot of factories. The middle class demands modest houses, and also a lot of services,” he said.

On how the manufacturing plant being established by Lee Engineering Group Chairman, Dr. Leemon Ikpea and related industries can boost Nigeria’s industrialization, Paone said the Warri plant was launched to complement the activities that the company was already carrying out in the oil and gas industry.

While underscoring the critical role the plant will play in the country’s quest for industrial development, Paone said the goal is to produce pressure vessels and heat exchangers for low, medium to high pressure for a use in the oil and gas industry. the same machine makes other tools and industrial equipment using carbon steel or stainless steel as material.

“Speaking of stainless steel, let me give you an example. In the food industry, we have to transport things like milk, beer and beverages with trucks. You will notice that behind the trucks there are tools and caps. We have therefore built the machines that can make it possible to use these tanks for the transport of beverages.

“We are not just focusing on oil and gas. Why do we want to do this? We know from industry experience in Europe that in developing countries like Nigeria, these goods are consumed by the middle class. Thus, the demand for these goods will increase. Their needs will also increase. We want to be leaders in their supply,” he said.

And because of his passion for business management in the oil and gas industry, said Paone, who is taking part in the on-site assessment visit, the manufacturing plant would contribute immensely to the economic and industrial transformation of the Nigeria.

He said: “The first impact will be on employment. The second will focus on the economy itself because, instead of importing from abroad, Nigeria will become more independent. Those that will produce the spare parts needed for petrochemicals and refineries will be available from workshops in Nigeria, just like we have here at Lee Engineering. These pieces could have come from elsewhere, apart from Nigeria. So you only import raw materials and then produce the necessary parts here. This increases the wealth of the nation.

These views are shared by two lecturers: C. Ocheri and O. Ajani from the Department of Metallurgical and Materials Engineering, University of Nigeria, Nsukka and Department of Mechanical Engineering, Federal University, Oye-Ekiti, who asserted that in the advanced or developed economies industrialization has been associated with the ability to produce consumer and capital goods that enhance domestic self-sufficiency and reduce currency flight; and the ability to promote job creation and the development of the local labor force and hence increased per capita income, purchasing power and investment potential. The role of the iron and steel industry in national industrialization is preeminent. products to other countries.

To keep the plant running smoothly, Paone said Lee Engineering is training the local workforce, adding that more than 30 people have been sent for machine handling training in Italy.

Although he praised Ikpea for sponsoring the factory, Paone advised the federal government to hasten the industrial revolution by facilitating access to multinational development funds for development purposes.

Paone advised Nigeria to take advantage of the situation in Europe to accelerate its industrial development.

He said: “With the recent drop in energy supply caused by the ongoing Russian-Ukrainian war in Europe, all policies there are currently being changed in an effort to help get gas supplies. Europe currently has a good relationship with Nigeria, and I think this represents a very good opportunity for Nigeria to take advantage of the shortfall. I mean right now – not next year but now.